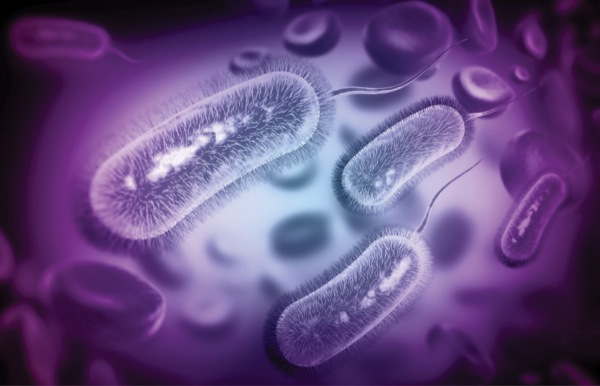 Helicobacter pylori is responsible for most peptic ulcers, and it plays a role in functional dyspepsia and is thought by some to influence the course of gas-troesophageal reflux disease. This article addresses recent studies in connection with these diseases. Helicobacter pylori-associated peptic ulcer should be treated with eradication therapy. Dyspepsia is a common disorder that affects up to 25% of the population. The association between H. pylori and gastroe-sophageal reflux disease continues to be debated, and the effect of H. pylori eradication is unclear.A summary article published during the year sets out the indications for a test and treat policy in these conditions of nonmalignant diseases [1]. The other studies are presented below.

Infection with Helicobacter pylori is usually asymptomatic but may cause serious diseases. Its clinical behavior depends upon host, environmental, and bacterial factors and is strongly correlated with the anatomic patern of gastritis. It is the underlying cause of most peptic ulcers (PU) [2,3]. Antral predominant gastritis is associated with duodenal ulcer and corpus-predominant gastritis with gastric ulcer, gastric atrophy, intestinal metaplasia and gastic adenocarcinoma. Helicobacter pylori eradication heals PU and reduces relapse, but dyspeptic symptoms may persist in up to 30% of patients [4,5]. Helicobacter pylori-infected  patients have a lifetime risk of PU ranging from 3 to 25%. The benefit of treatment lasts for at least 6 years with most of the patients no longer using acid suppressive medication [6]. Most studies have shown hospital admission for uncomplicated duodenal and gastric ulcer to have decreased, but admissions for complicated PU, such as bleeding peptic ulcers and perforation, remain unchanged [7,8].

A fascinating review of the history of PU by Graham has been published this year [9]. PU was rarely seen until the 19th century when the incidence of both GU and DU increased and the condition became epidemic in the early part of the 20th century before falling back after 1960. The article attempts to explain this phenomenon and is worth reading. An Italian article describes the contemporary situation in a developed

country: 1052 consecutive patients underwent diagnostic upper endoscopy, and of these, H. pylori was

GU and DU were detected in only 17 and 13 patients, respectively (<3%), but half of the patients were taking

PPI therapy. H. pylori infection was the most prevalent etiological factor, but one-third of those H. pylori nega-

The prevalence of PU varies geographically even within single countries. It was shown in India [11], and the differences were attributed possibly to variation in H. pylori strains, host genetic makeup, environmental factors, and different infection rates in the population.

idiopathic ulcers increased from 10 to 21%, but the overall number did not rise (39 vs 34). A second review

article also from Brazil [13] concluded that PU had not declined over the past decade, the percentage of patients with ulcers without H. pylori or NSAID intake, however, had increased in some centers to more than 50%, and H. pylori was the only one factor in the genesis of PUD which now has a multifactorial etiology.

Two articles, one from Canada [14] and the other from Croatia [15], reviewed the incidence of PU hemorrhage.

Both showed little change in incidence of DU bleeds, but GU bleeds had increased, mortality was unchanged the age of patients had risen, and NSAID intake had also increased.

There was no original data in the literature this year concerning interaction between H. pylori and non-steroidal anti-inflammatory drugs (NSAIDs) in PUD.

Studies in the past have given controversial results on the effect of H. pylori eradication in NSAID users [16].

[17]. The reason for conflicting results relates to the different pathogenic mechanisms of epithelial damage and

ulceration and the complex interaction between H. pylori, NSAIDs, and aspirin. The duration of NSAID medication is another important issue [18]. A review paper this year [19] indicated that H. pylori infection and

NSAIDs were independent risk factors for PUD and probably have a synergistic effect. H. pylori eradication

can reduce ulcer risk in NSAIDs naıve users; however, in those already on long-term NSAIDs, there is no clear benefit. H. pylori eradication together with prophylactic proton-pump inhibitor (PPI) treatment is likely to afford the greatest protection. Current guidelines recommend test and treat for H. pylori infection naïve NSAID users before starting NSAID treatment in order to prevent PU and to reduce the risk of future PPI H. pylori-related corpus-predominant gastritis [5].

Functional dyspepsia (FD) is common with a prevalence of 15–20% [20], but the role of H. pylori is controversial. In theory, H. pylori infection may cause dyspeptic symptoms through several mechanisms such as alterations of gastric acid secretion, persistent and active inflammation of gastric mucosa, and postinfective motility changes of gastroduodenal tract. According to an Italian review [21], H. pylori alters the antral gastric secretion of both gastrin (increased) and somatostatin (decreased). Studies have confirmed a relationship between gastric acid output and improvement of dyspeptic symptoms following treatment of H. pylori [22].

However, more than half of the patients with chronic active gastritis due to H. pylori infection are asymptomatic [23, 24].

The role of H. pylori eradication in the treatment of FD is confusing because trial designs differ in their evaluation of symptoms at entry and in the definitions used to assess symptoms change. In the majority of studies, the assessment of symptoms has been based on an overall score rather than an evaluation of independent symptom [25]. Few studies have correlated symptom modifications and gastritis score at the end of the follow-up period, and no study has evaluated the correlation between gastric acid normalization and symptom disappearance following successful bacterial eradication.

Two meta-analyses provide the most definite information concerning the role of H. pylori eradication in FD patients with a follow-up of 6–12 months [26,27].

The results of one of these meta-analyses [26] suggested that H. pylori eradication was associated with a 10% therapeutic gain compared with placebo, and symptoms were improved in 40% of those confirmed to have had successful eradication. A meta-analysis

from China this year [24] which included data from more recent studies showed that symptoms improved more frequently after H. pylori eradication treatment compared with placebo as was also the case with patients in Europe, United States, and Asia. A small but interesting study this year from Iran [28] investigated the effect of microscopic duodenitis in H. pylori-infected patients with FD, 37 dyspeptic patients were studied, and microscopic duodenitis was identified in 16 (43.2%). Following H. pylori treatment, the mean dyspepsia score in patients with duodenitis fell from 12.5 to 2.6 over 6 months, and this was considerably greater than for those without duodenitis, whose score fell from 10.6 to 6.2 (P < 0.001). These data suggest that some patients with H. pylori infection thought to have FD may in fact have symptoms caused by duodenitis.

More studies are needed with a larger group of patients. Current guidelines for FD recommend a test and treat strategy for people <45 years of age and no alarm symptoms in populations with high H. pylori prevalence (>20%). Treatment improves symptoms [5,29].

The prevalence of gastroesophageal reflux disease (GERD) in the general population has been estimated to be around 20%, GERD symptoms and erosive esophagitis should be considered separately because the correlation between symptoms and esophagitis is poor[30]. The association between GERD and H. pylori is controversial [31]. Prevalence studies show that H. pylori infection is inversely associated with reflux esophagitis.

A European population-based case control study, which included 65,363 patients, found that H. pylori infection without gastric atrophy (as assessed by serum measurements of pepsinogen I and II) was inversely associated with reflux esophagitis [32]. A case–control

study with 5600 Korean patients who underwent serologic assessment of H. pylori prevalence showed an inverse correlation between H. pylori and the risk and severity of erosive esophagitis [33]. In a systematic review, Rokkas et al. [34] reported a lower H. pylori prevalence in patients with Barrett’s esophagus, mainly those infected with CagA-positive strains. An analysis

of eight randomized trials indicated that H. pylori eradication did not have a strong impact on the development of erosive esophagitis, new onset of GERD symptoms, or worsening of preexisting symptoms [35]. This is in agreement with the Maastricht-IV–Florence consensus report [5].

This year a Chinese study assessed the effect of H. pylori treatment in GERD [36]. This multicenter, randomized, controlled, prospective study included 356 patients, of which 176 were H. pylori positive. H. pylori-positive patients were randomized to eradication treatment.

After treatment, three patient groups were assessed: 1, H. pylori positive eradicated, 2, H. pylori positive non-eradicated, and 3, H. pylori negative. Healing rates of esophagitis in the H. pylori-positive noneradicated and H. pylori-negative groups were similar. H. pylori infection and eradication appear to have no influence on the success of reflux esophagitis therapy. An American case–control study [37] recruited 533 men who underwent colorectal cancer screening together with upper endoscopy, 80 additional men with Barrett’s esophagus were also included. H. pylori infection was inversely associated with Barrett’s esophagus particularly those harboring cagA+ strain, but there was no statistical association with erosive esophagitis. An Italian article [38] reported 184 consecutive patients with reflux symptoms who had been carefully evaluated for functional esophageal disease, H. pylori infection was not significantly related to the presence of reflux esophagitis. Hiatal hernia was found in 66.3%, 31 of these were H. pylori positive and 91 were H. pylori negative; this difference was statistically significant (P < 0.0001).

A number of reviews and meta-analyses were reported this year. One study [39] concluded that H. pylori infection might benefit humans, by “protecting” them from GERD and esophageal adenocarcinoma.

They were also concerned about an increased risk of asthma, danger to the biome, and antibiotic resistance if eradication was widely used, they felt that universal treatment would be extremely expensive. Other publications were less concerned. A Korean review [40] stated that Asian population-based studies had reported a GERD prevalence of <10% and that despite the inverse relationship between H. pylori and GERD in cross-sectional studies, results were less consistent in prospective studies where H. pylori eradication in GERD had been compared. The Korean guideline for Helicobacter pylori infection states that H. pylori eradication does not affect the development or clinical course of GERD. A meta-analysis from a Chinese group [41] reviewed 16 cohort studies and concluded that H. pylori eradication had no significant effect on the development of GERD in the long term. They recommended eradication therapy because H. pylori infection is acknowledged to be cause PU and gastric cancer. A German review concluded [42] that in areas with a high prevalence of H. pylori- induced atrophic gastritis, the “protection” that this infection might afford against GERD was not comparable to the risk that H. pylori poses for the development of gastric cancer.

Competing interests: the authors have declared no conflict of interests.

Araujo MB, Borini P, Guimaraes RC. Etiopathogenesis of peptic ulcer: back to the past? Arq Gastroenterol 2014;51:155–61.